A Portion of the People: Three Hundred Years of Southern Jewish Life 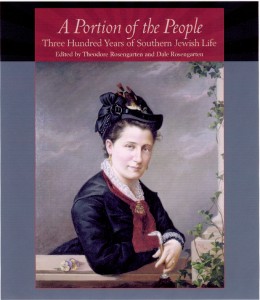 In the year 1800, South Carolina was home to more Jews than any other place in North America. As old as the province of Carolina itself, the Jewish presence has been a vital but little-examined element in the growth of South Carolina’s cities and towns, in the economy of slavery and post-slavery societies, and in the creation of American Jewish religious identity.

The record of a landmark exhibition that will change the way people think about Jewish history and American history, A Portion of the People: Three Hundred Years of Southern Jewish Life presents a remarkable group of objects and a provocative investigation of the people and circumstances that produced them. The book and exhibition culminate a seven-year collaboration by the Jewish Historical Society of South Carolina, McKissick Museum of the University of South Carolina, and the College of Charleston. A Portion of the People is an important addition to southern arts and letters. 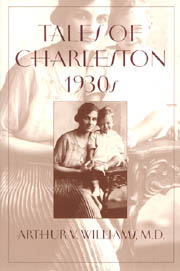 We had the oldest and best municipal college in the country, the oldest and best museum in the United States, famous authors like Dubose Heyward, a lot of painters, a church where George Washington had worshiped, the News and Courier that probably everyone in the country read, and we had the Ashley and Cooper Rivers that flowed together off the Battery to form the Atlantic Ocean. I never really believed that it formed the whole ocean, but I did believe our house was the center of everything really important geographically, spiritually and culturally.
—from Tales of Charleston, 1930s

Published by College of Charleston Library, in association with the Jewish Historical Society of South Carolina, 1999, 88 pages, softcover, ISBN 0-9638620-2-2. 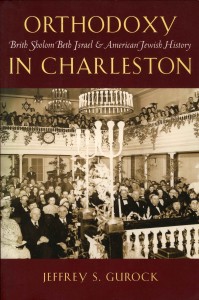 Rabbi Rabinovitch had some worries about the persistence of partisan passions among his parishioners as he plotted the future of Charleston’s now united Orthodox community. At least once, the ongoing griping at board meetings annoyed the rabbi enough that he was moved to grab “the Torah out [of the ark] and say: ‘Y’all quit fighting with each other. This is what you have to fight for.'”
—from Orthodoxy in Charleston 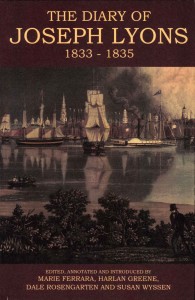 On a warm April day in 1833, in the city of Savannah, Georgia, a young Jewish man opened the cover of a blank book and entered history. His name was Joseph Lyons, and his diary, presented here in its entirety for the first time, is remarkable for a number of reasons. A native of Charleston, South Carolina, and a recent graduate of South Carolina College, Lyons was a mere nineteen years old and weighed in at a hundred pounds; but what he lacked in material substance he more than made up for in the heft of his intelligence, the strength of his longings, and the vastness of his dreams. His tale is full of human interest and rife with the contradictions and complexities of youth. It is at the same time a visceral account of the struggle between the sacred and the secular that confronted Jewish Americans of Lyons’s generation: how to sustain their Judaism in the face of unprecedented freedom and opportunity.