The nationally traveling exhibition, A Portion of the People: Three Hundred Years of Southern Jewish Life,challenges popular conceptions about the South’s significance in American Jewish history. How many people know that South Carolina was the first place in the western world to elect a Jew to public office; that 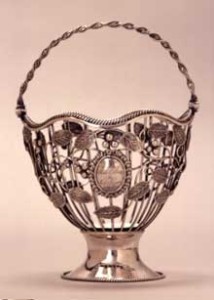 in 1800 Charleston was home to more Jews than any other town or city in North America; or that it was the birthplace of Reform Judaism on this side of the Atlantic? Our show tells a story that both in its grand sweep and in its subtle dimensions is unique in American Jewish history and rare among groups anywhere. The product of a seven-year collaboration by the Jewish Historical Society of South Carolina, McKissick Museum at the University of South Carolina, and the College of Charleston, A Portion of the People stirs the imagination and breaks down barriers between audience and object.

The tale’s dynamic is found in the tension between the ways in which Jews have worked to become a part of southern society and the efforts they have made to sustain a separate Jewish identity. The exhibition gives equal weight to two levels of interpretation. First there is the historical narrative, organized by chronology and theme. Here we stress the importance of Jews in the public sphere and try to convey the substance of a southern Jewish culture — its physical texture, look, color, pace, smell, and sound. Second, embedded in the historical narrative is a philosophical concern with the power of the past and the role of memory in shaping patterns of everyday life. Visitors are asked to consider: Where do we find history? How do we lay claim to our culture? How do we change or conserve it? 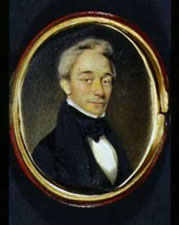 In its inquiry into the nature of memory and identity, A Portion of the Peoplecomes alive for audiences both Jewish and non-Jewish, southern and non-southern. The show addresses the implications of the Carolina Jewish experience for people of different ethnic and religious backgrounds who made a place for themselves in a pluralistic society. By analyzing the relationships among setting, dominant local culture, and economic change, we look at how tradition adapts to new conditions. Does successful adaptation mean assimilation? Ethnic separation? A new identity? The exhibit invites visitors to consider how they know who they are — what stories, objects, places, and experiences are integral to their own identities. In doing so A Portion of the People nurtures self-awareness, the first step toward embracing the “other.”